It’s Friday, 8 am in the morning and I’m walking into the office again for the first time in a while. The reason for my hiatus was taking the necessary time to write my thesis and get my engineering degree. Now, having this settled, back I am. Not so many faces around when I arrive, as it’s still early, but soon the room is crowded with people. I find myself surrounded by lots of new figures. It seems like some things changed while I was away.

The team got bigger. Some were gone, others were in and, suddenly, I had to remember a noticeable set of new names. I’m good with faces, linking them to a name is the harder duty. A few days in and it was clear to me that although everybody was greeting everybody daily, we knew few things about each other. That’s, of course, apart from the old guys and girls with whom I was happy to reunite.

To be honest, I never truly believed that a team building can bring the real value it prospects. I always felt that it can be a pleasant way of spending the weekend only if nothing is forced. Group activities and discussions should come naturally. I still believe that, but I’ve also realized that a team building really brings back what you expect out of it if it’s done right. It builds a team. And yes, as you’ve probably figured out by now, the purpose of this writing is sharing a few thoughts on the team building that we had this September.

On the 15th of September, another Friday, we packed our stuff, put our computers to sleep and jumped in cars. We were 99 kilometers away from our team building location — Bălnaca, a small village in the county of Bihor, at the foothills of Pădurea Craiului Mountains. 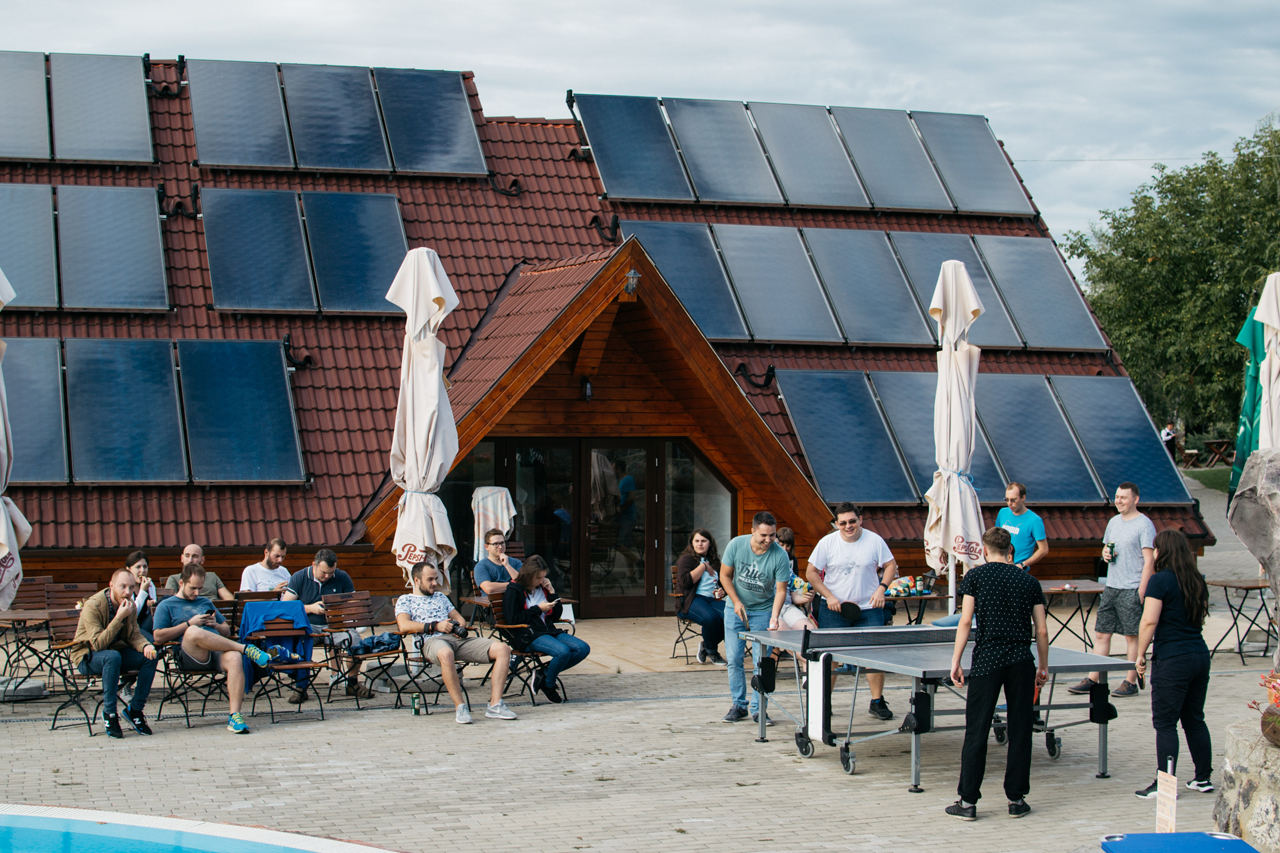 As I mention that the place where we stayed for the week-end is called “Casa Bucătarului” (Cook’s home, in translation), you’d be tempted to say that we choose our team building locations having the food criteria listed up on the requirements list. You’d be right. And yes, yes, the food was great. 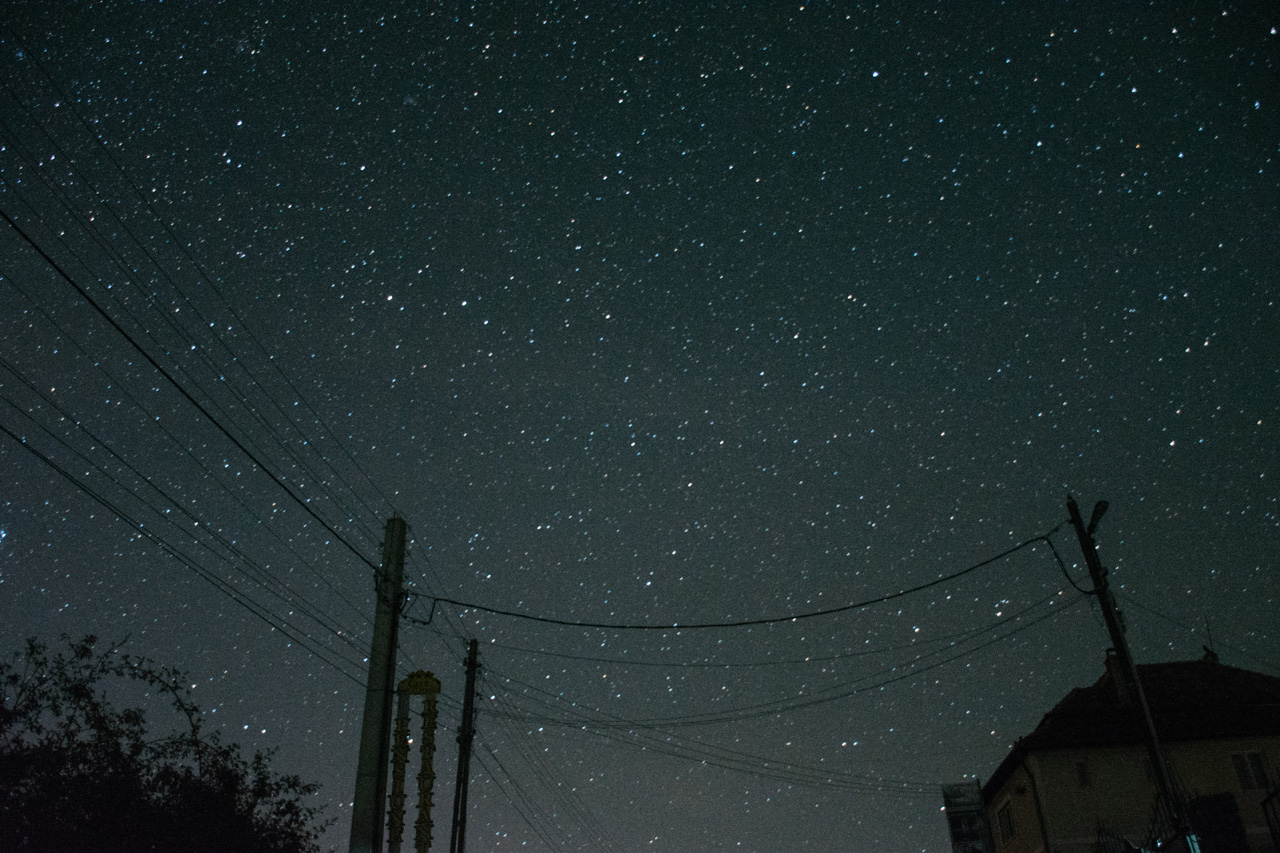 The night sky was truly outstanding. No light pollution from the city, no nothing. Just a clear sky, the Milky Way and a grasshopper-based soundtrack.

Paul came with the idea of a game for the evening. We had to find things about each other somehow. So we split into groups of five or six members. Every group had to pick out five things for every member that might be unknown to members from the other groups. Then, we got together and read everything out loud. The catch was that a team was awarded points if they guessed the team member to which a certain attribute or situation belonged. It became funny when friends who knew each other well discovered odd childhood acts or some random weird preference. Overall, it was a good exercise to gather a little background knowledge about everyone. And it was a lot of fun.

The next day involved colouring bookmarks and sharpening pencils without a pencil sharpener, filming slow-motion jumps in the pool and riding through the forrest on mountain rollers. Who would have thought these things can gain such a high speed? A true shot of adrenaline rush. Suddenly you’re into a corner and you aren’t even close to the speed you ought to have in order to safely take on that corner. Braking is tricky because it’ll most likely cause an oversteer. Handle it! 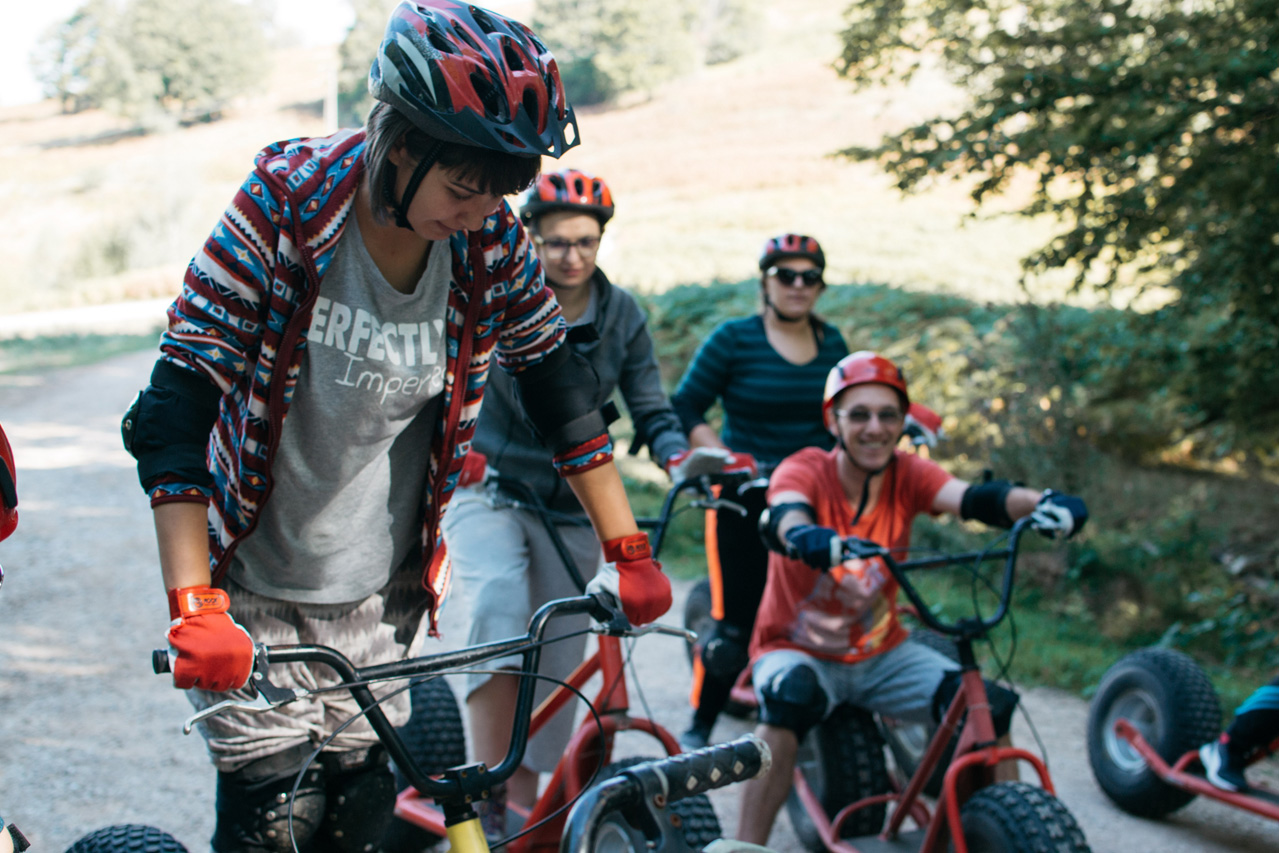 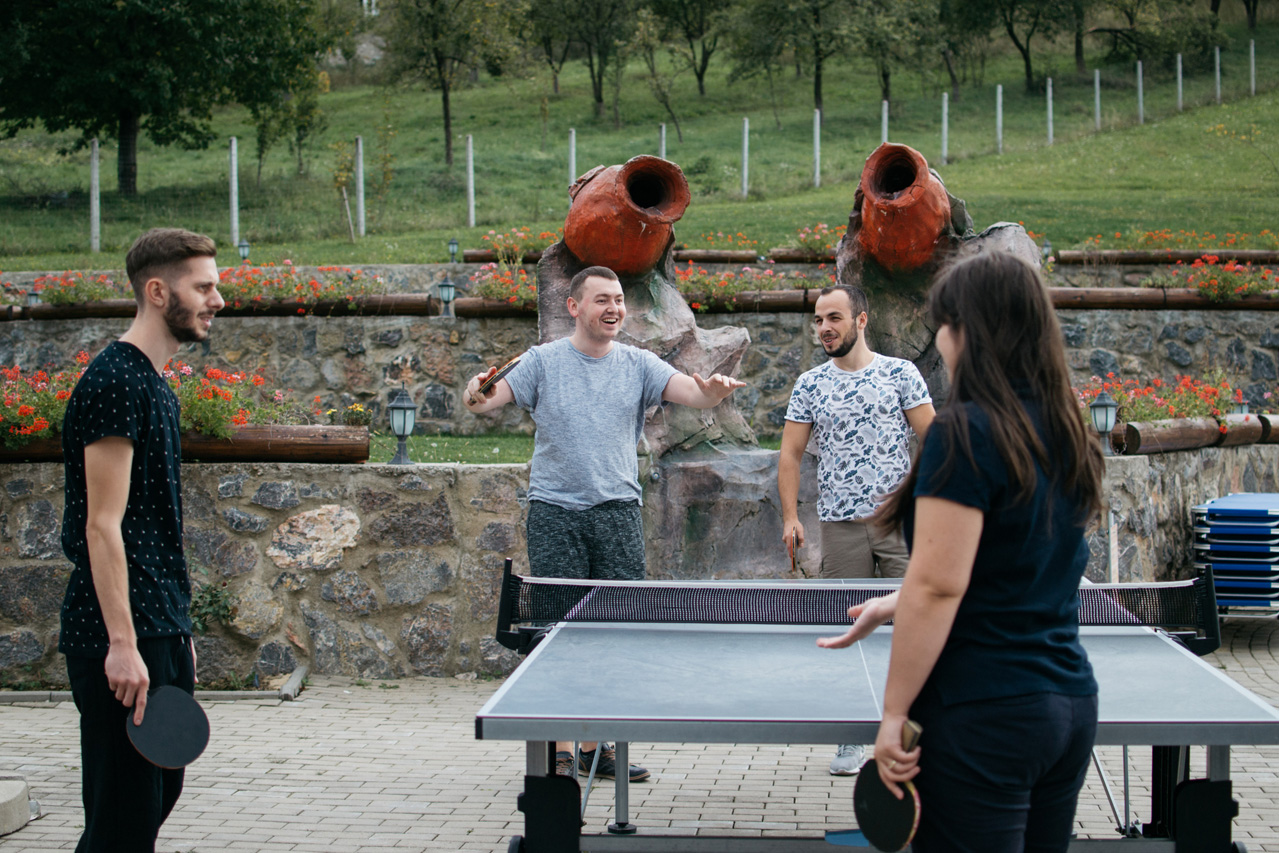 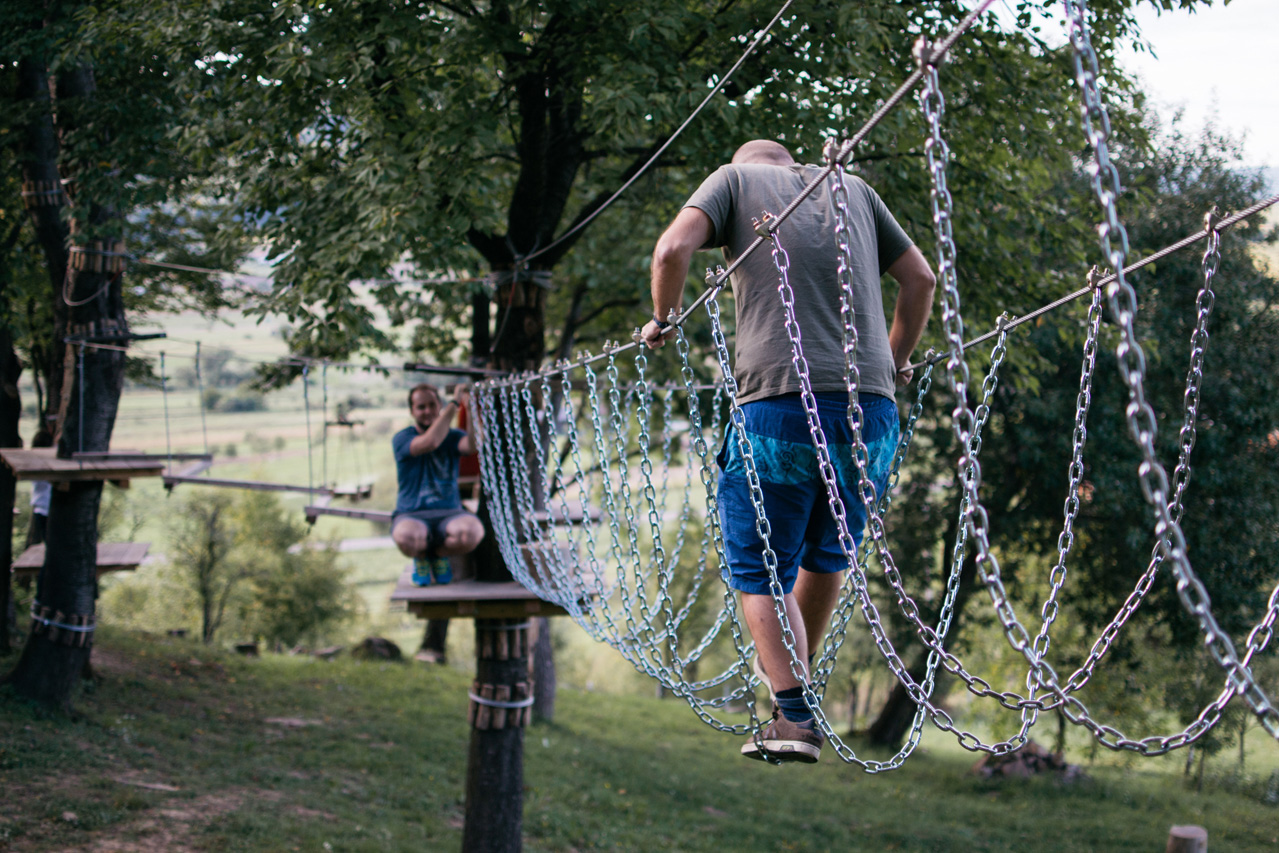 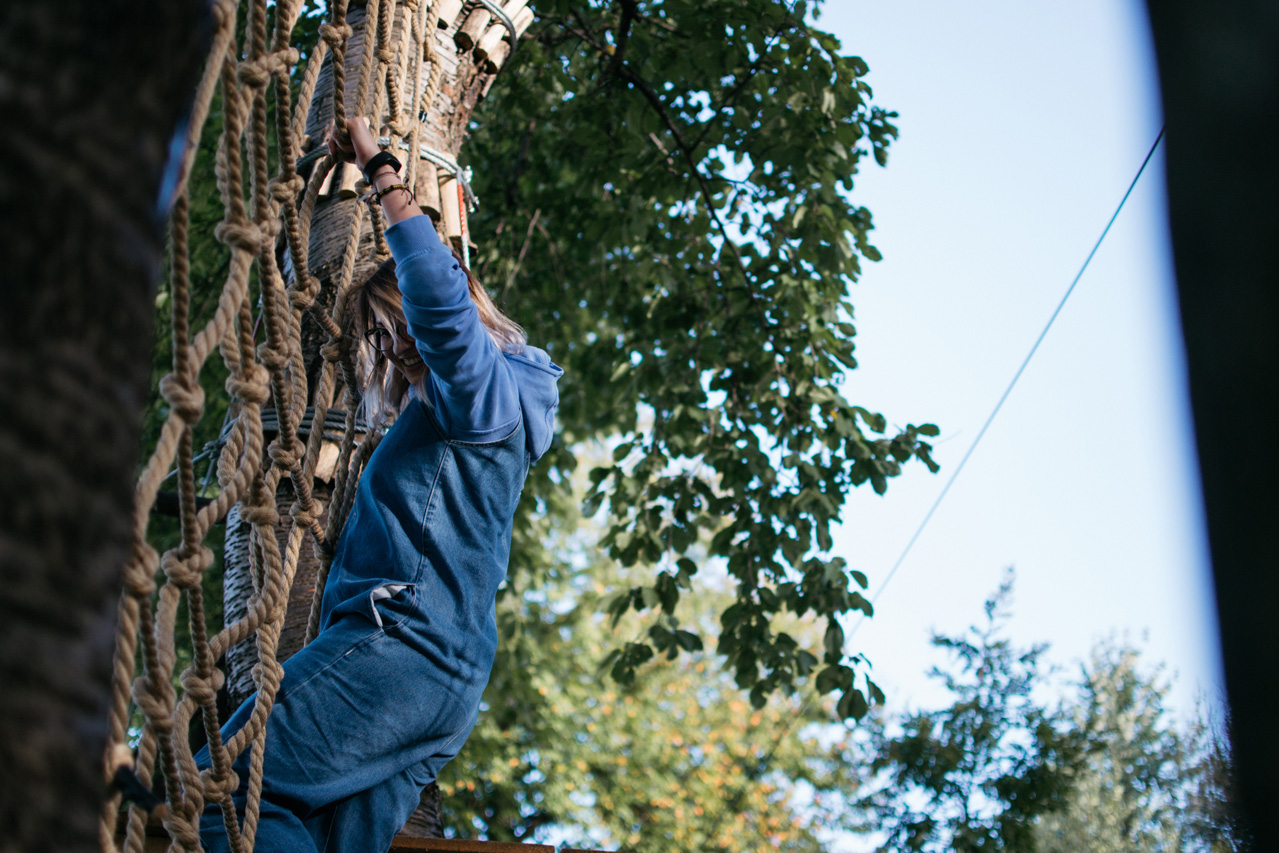 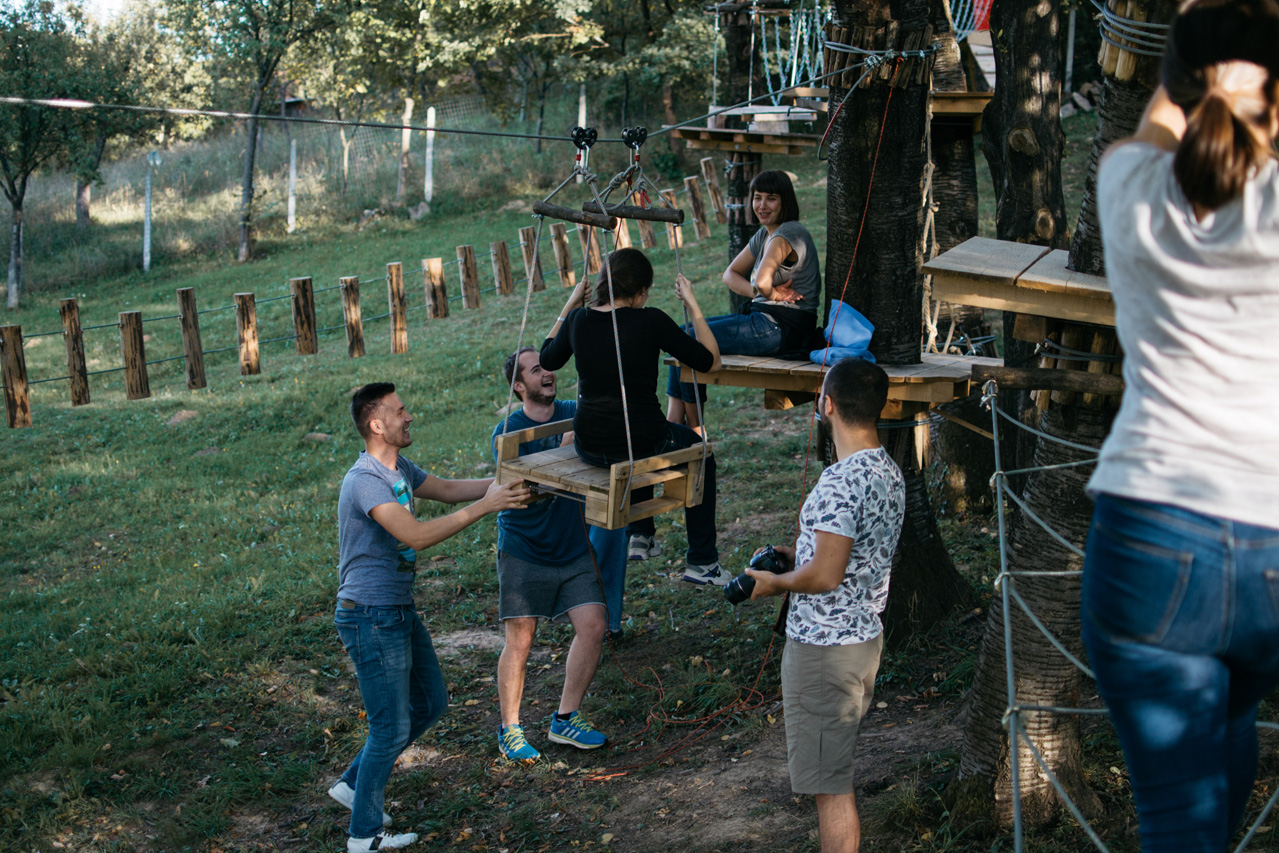 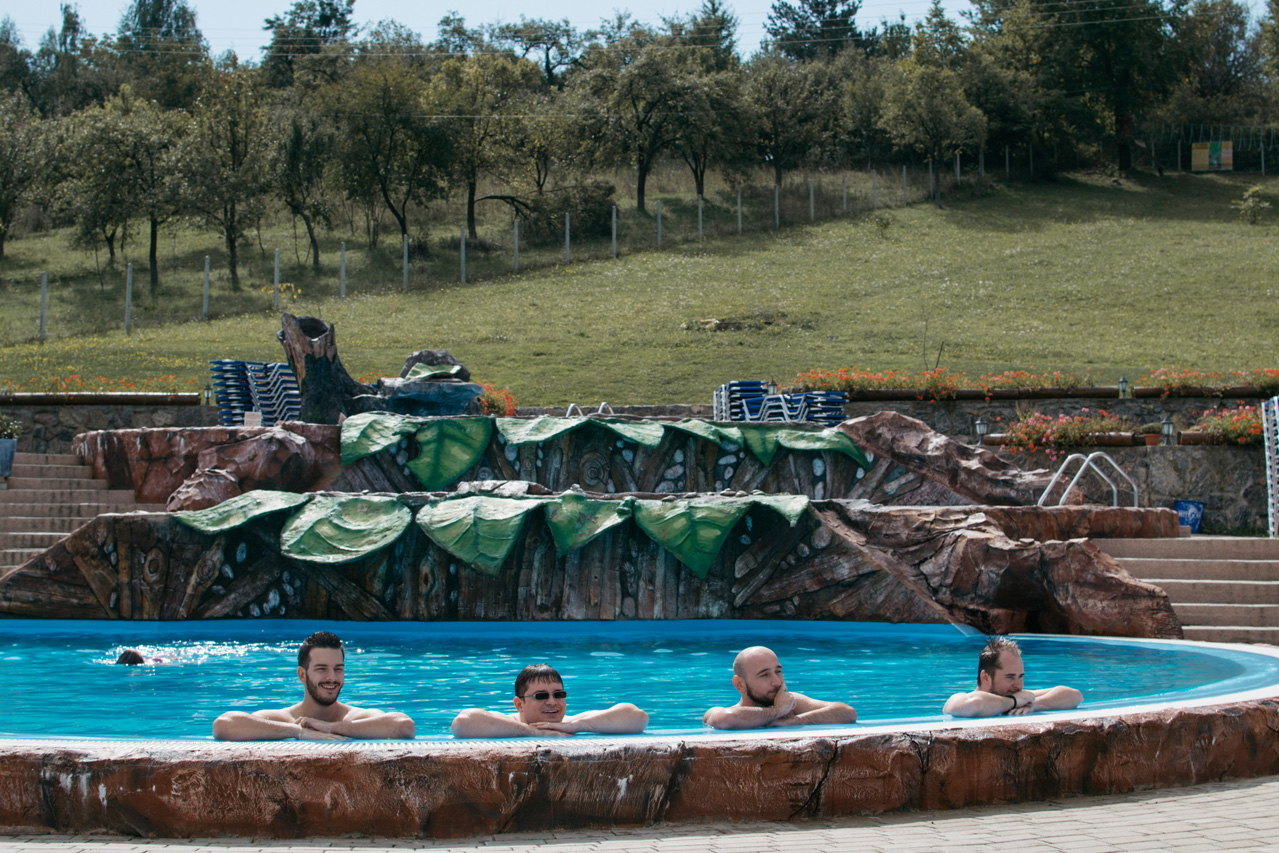 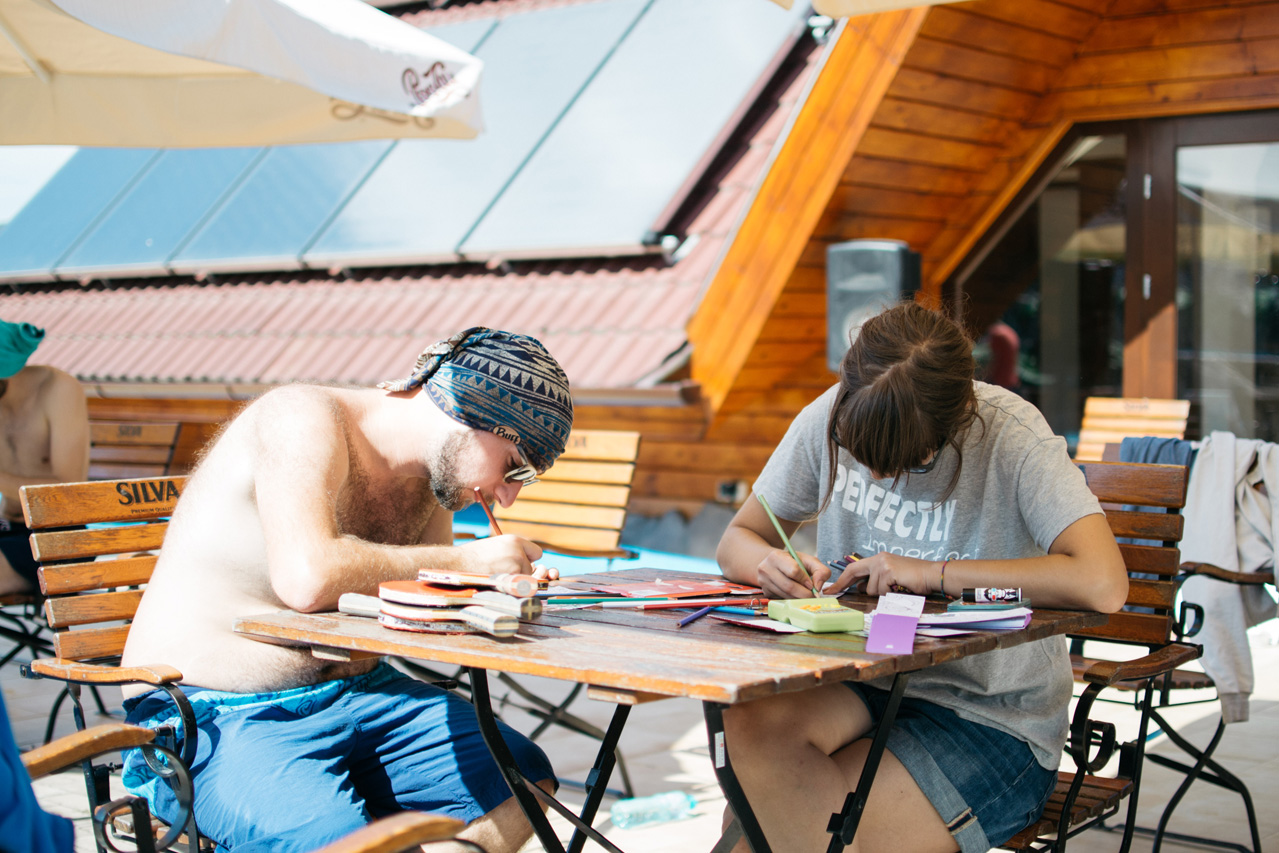 A campfire, with no guitars, but a people’s choice playlist playing in the background, wrapped the day. And the music went on for a while. 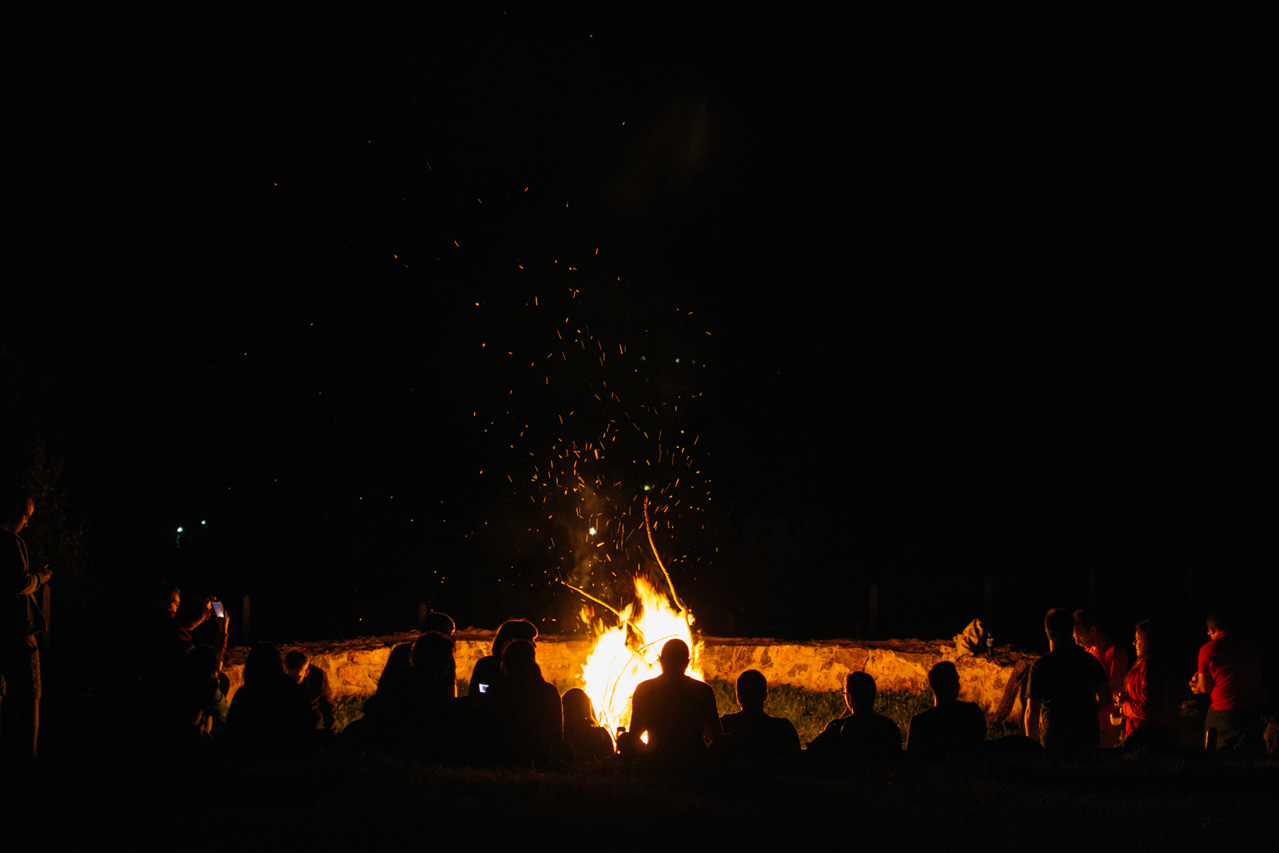 Good morning, sunshine! Last day. Rafting on the Crișul Repede river was on the menu. Crossing the river barefoot and following the rafters on mountain trails was not. I can tell you there’s a real difference between August and September in terms of a mountain river’s water temperature. Just trust me. 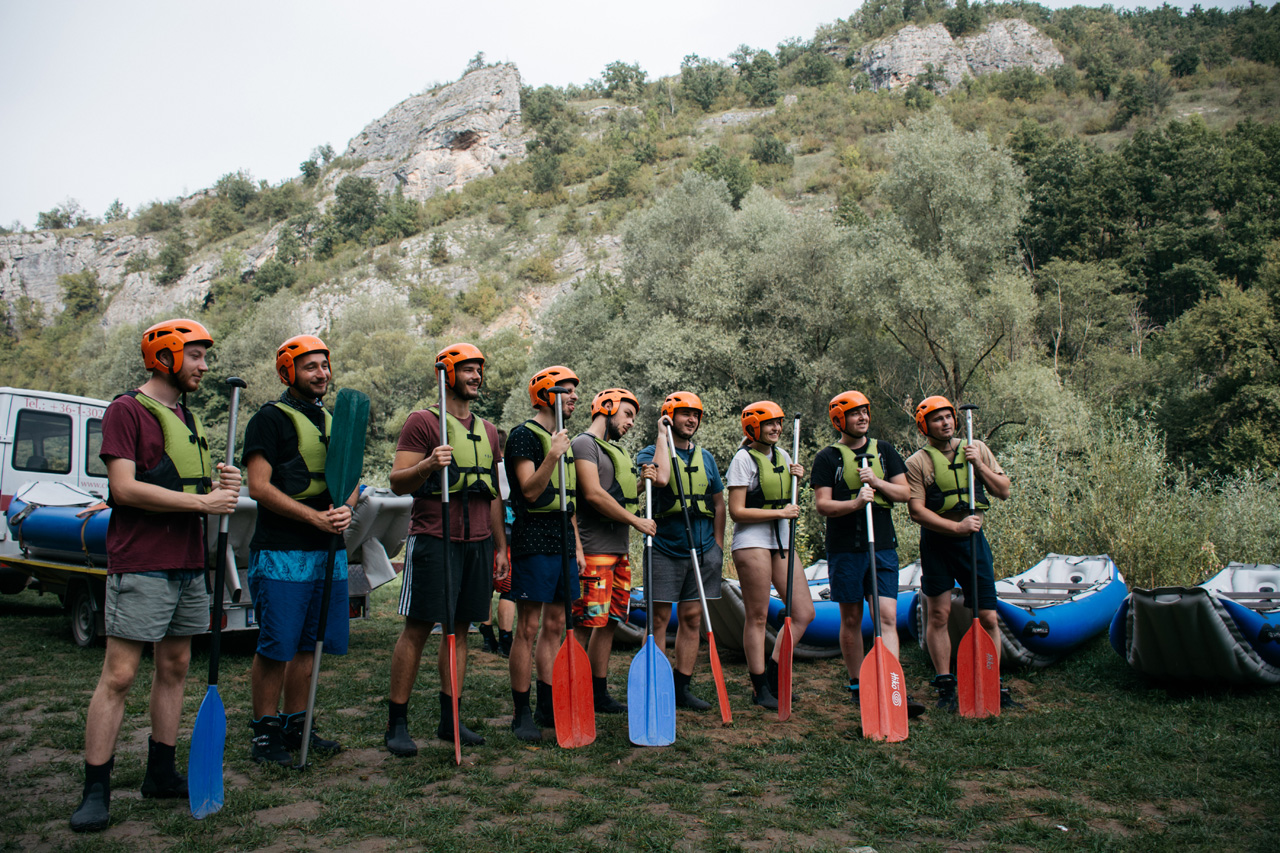 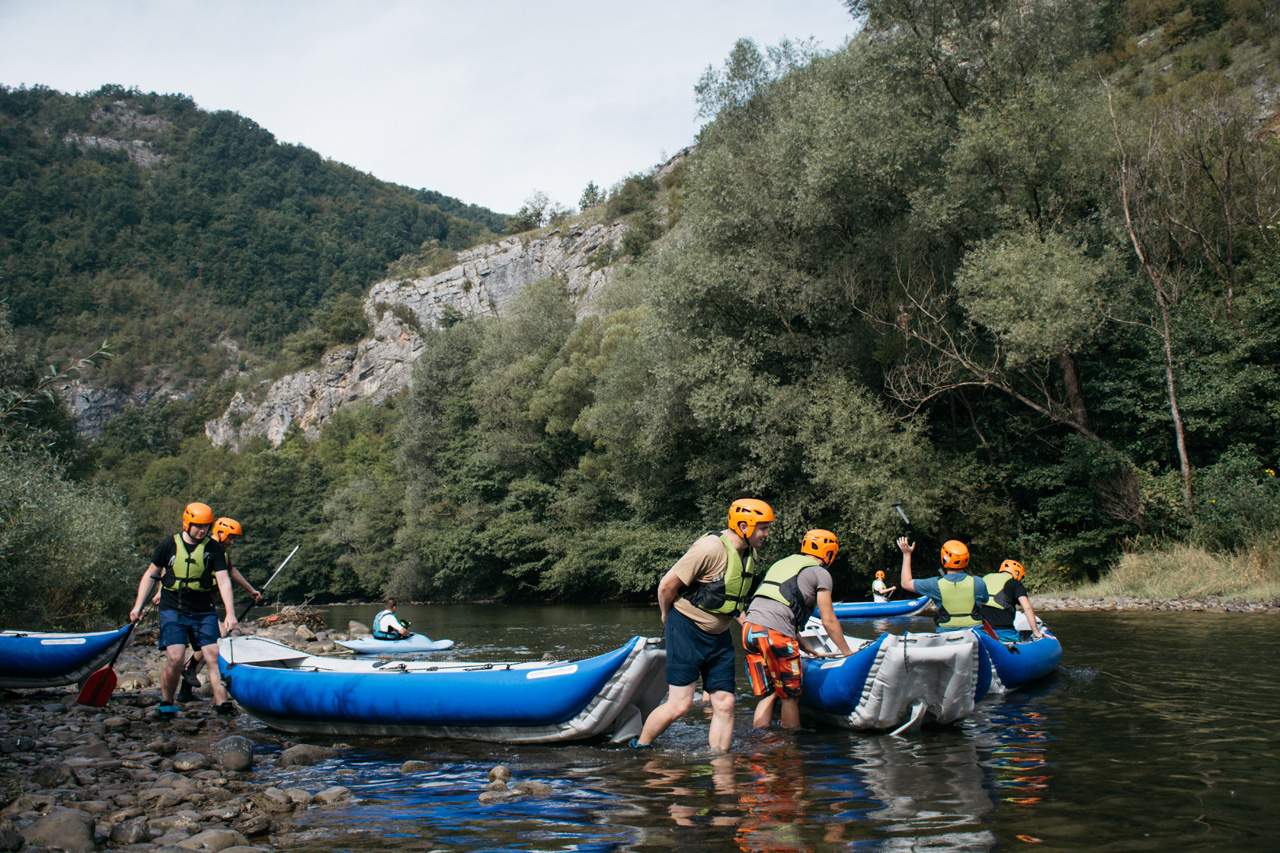 I did not go rafting myself, but wandered on mountain trails in the meantime. So I asked some colleagues what it felt like. Darius, who's a returning rafter said that his previous experience didn't help much, "as most of the things I expected didn't happen. It took a while to get in sync with the other teammate in the boat and the water level in the river was a bit low, thus we got stuck a few times on rocks. But, above all, we had lots of fun, we enjoyed an awesome scenery of the Crișul Repede Gorge and finished up with a wish to do it again.".

On the same note, when I asked him, Cristi mentioned that rafting is "definitely something you're not gonna want to miss if you ever have the occasion to try it. My only regret is that the weather was too nice and we couldn't experience the ride to the fullest but it was a nice chill ride through the nature and for me it was something i'm not gonna forget anytime soon. 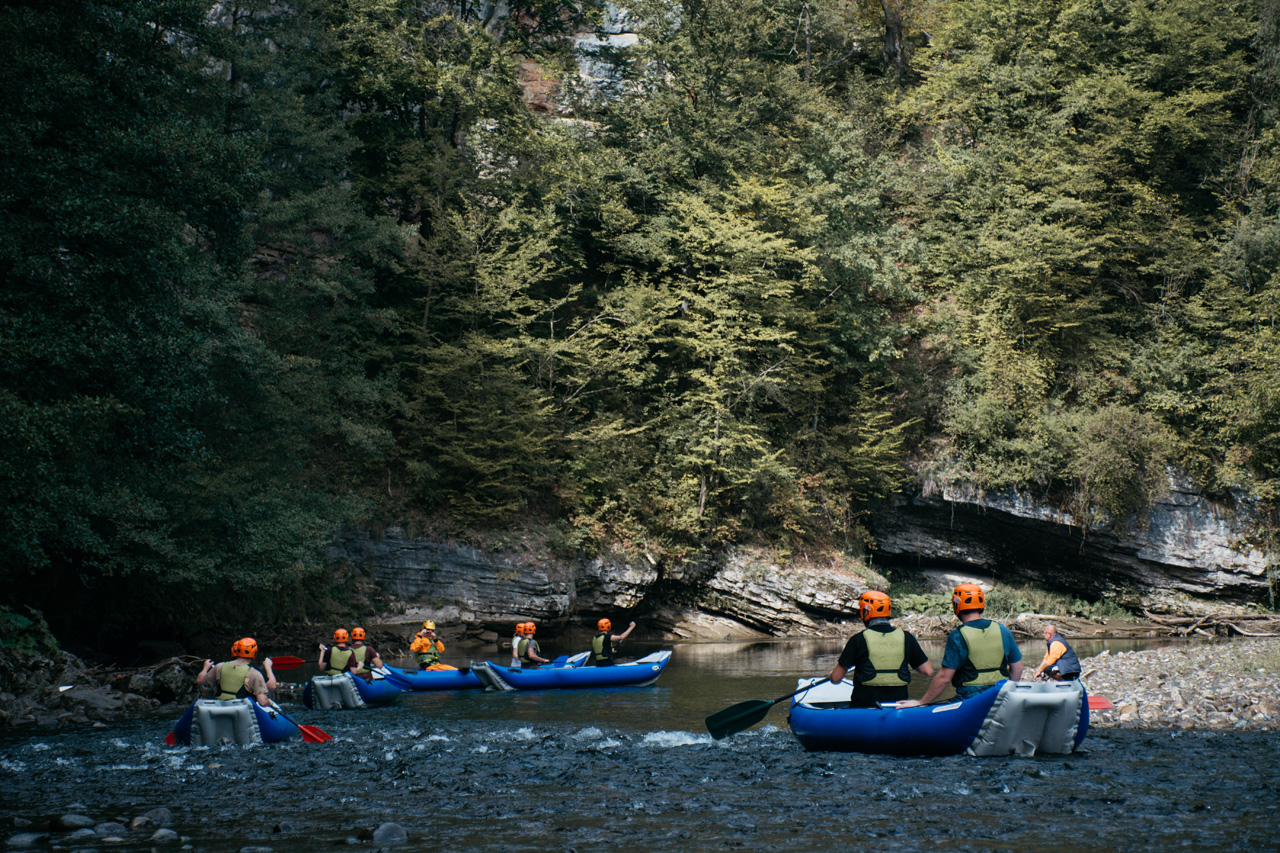 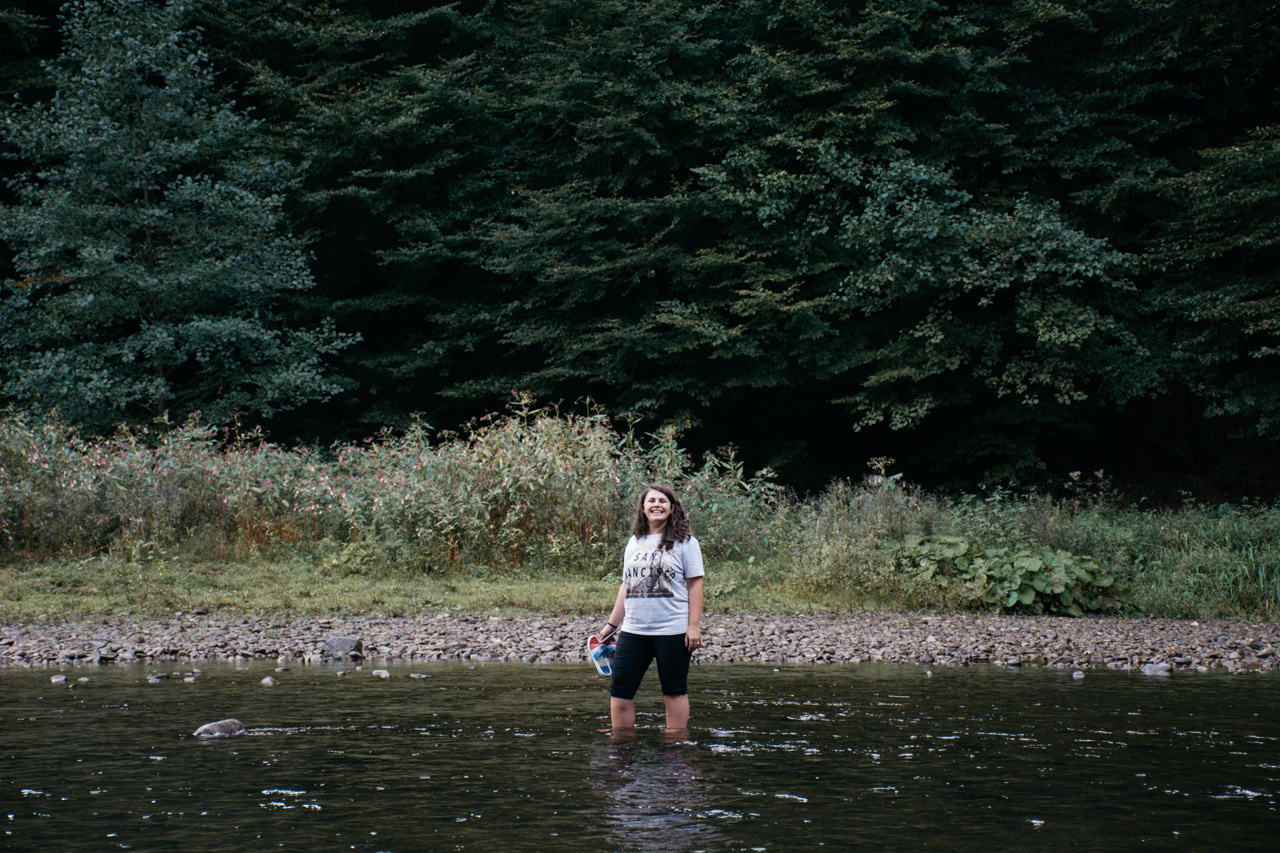 And when you think the week-end is over, think again! On the way back to Cluj-Napoca, the big storm that hit the north-west of Romania caught us off-guard (the same for everybody, for that matter). I was in the back of Cosmin’s car and fell asleep. I woke up with ice pellets hitting hard just about everywhere and a strong wind blowing everything off. You know, that kind of apocalyptical storm that blows roofs off and turns trees into kindlings. Another group of colleagues happened to be in a gas station at the time. Not really the place to be! Happily, none of us suffered anything more than a good scare. 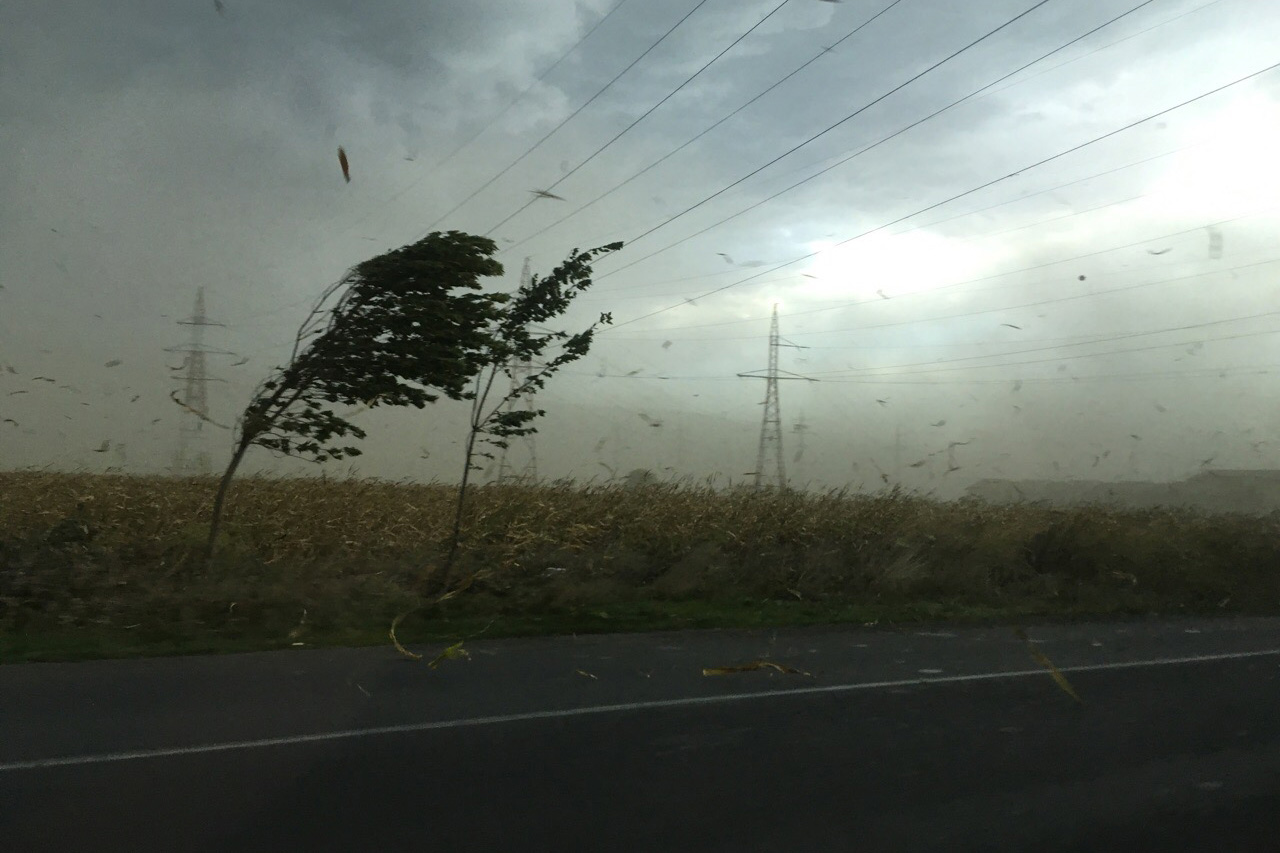 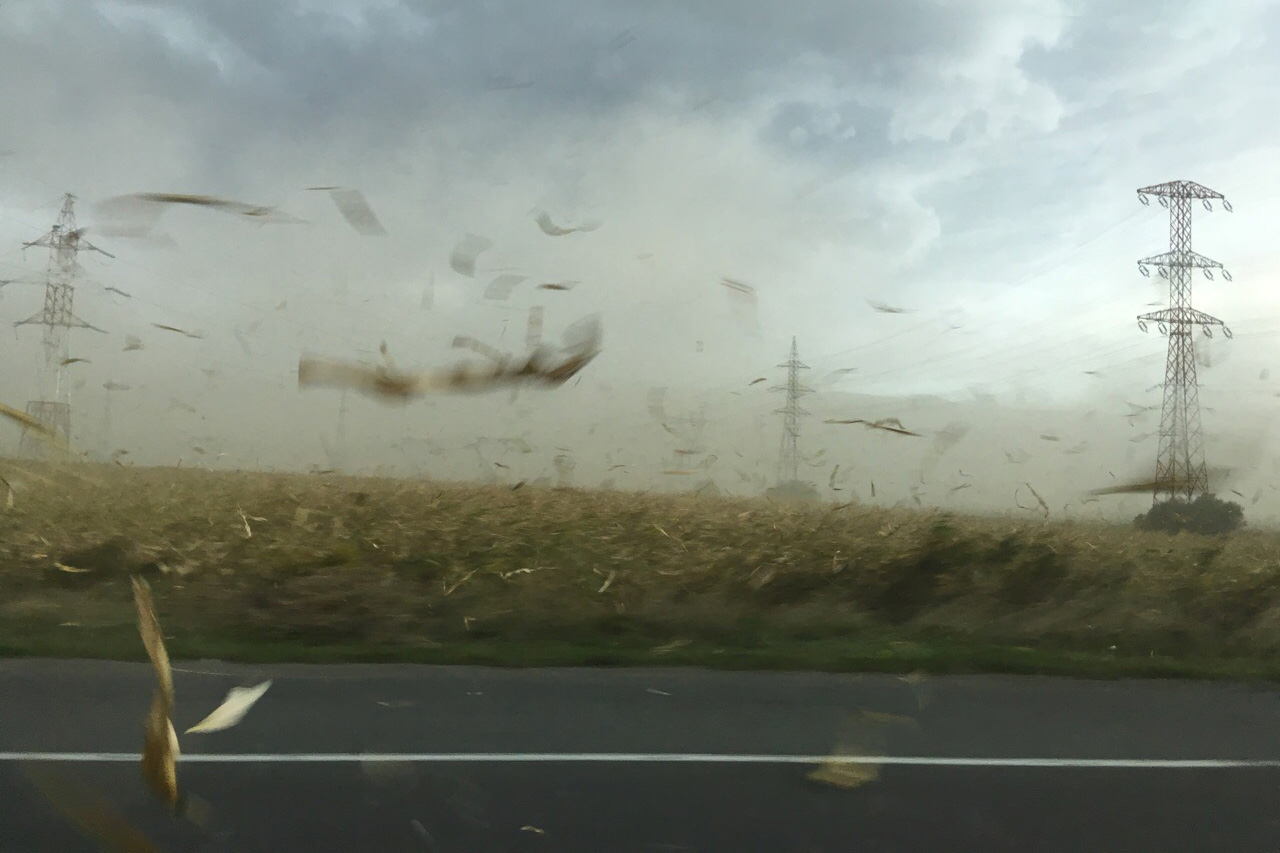 It’s 8 am in the morning and I’m walking into the office. Today’s a little chilly outside and the traffic isn’t quite friendly. But the week-end that just passed was a blast. I feel like I know the people that swarm through the office. Someone asks about the storm and a conversation fires up. Build succeeded.

My Around25 Internship Experience 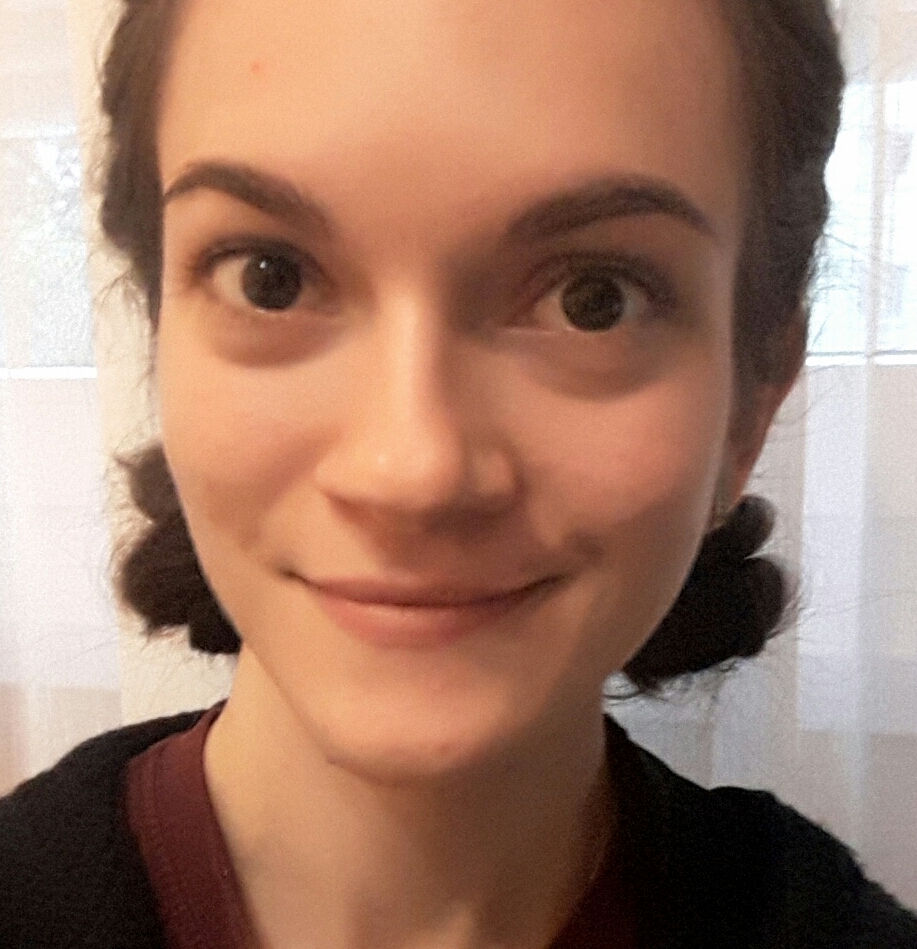 Ada Simion
Next Post
Life @ Around25, This month in Around25