At Around25 we’re big fans of Apple. We are 100% powered by Macbook Pro and iMac. However, we also use other products such as the AirPort Time Capsule. We bought it as a backup device and it does a great job as our in-house router.

Recently our WiFi started dropping out. Just like that, without any lights blinking, no funny sounds, nothing. The only symptom I noticed was that the box is pretty hot, probably from the HDD inside. Did not consider that to be the issue, since it was usually warm.

Next step was to us good old Google to figure it out. First stop was this article which explains that in some cases the problem is that too many wireless networks broadcast on the same channel, which can create too much noise and cause some of them to drop out. I installed NetSpot to get an idea of what channels other networks around us were using so we don’t have any conflicts. That did not seem to be the issue.

After (much) more research I found this page where there’s a very funny post. Just search by “My son, not a computer expert”. It’s hilarious. The solution is quite simple: do something to cool it down! I had an old laptop cooling pad lying around and hooked it up to the USB port of the AirPort. No more problems. That’s it folks!

If it happens to you and you are not as lucky (translation: have the necessary patience to go through countless forum pages) as I was in finding that one article with the solution maybe this post is going to make your day.

If you've been through any tech shenanigans like this one, tell us about them on Facebook or Twitter! Knowing us, we'll probably need the tips at some point.

PS: Do not put the AirPort in the fridge or try to cool it down with ice! :)

PPS: I don’t want you to think that it’s more of a hassle than an advantage. Just to give you an idea of why we are totally into this nifty gadget, here are some of the features. The AirPort broadcasts on both 2.4GHz and 5GHz frequencies and it allowed us to create a Guest network at the click of a button. On top of that we managed to easily set up WP2 Enterprise and hook it up to a RADIUS server. Finally, it has 3TB of storage built in. Combined with the Time Machine feature in OSX we are able to restore any of our systems within a matter of hours and have everything installed and ready for work. No more hours/days/nights spent installing software after the traditional yearly re-install of Windows. 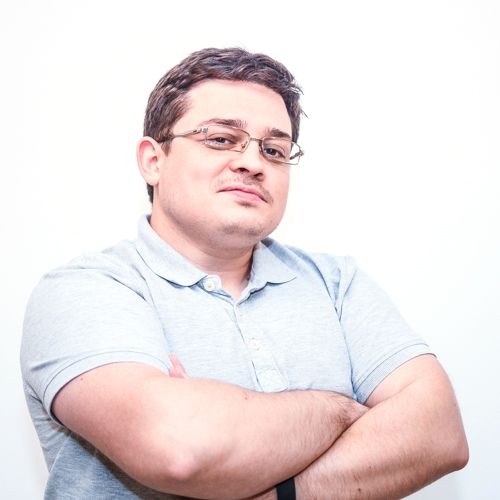 Tech enthusiast, out of shape developer and really funny guy.

The battle of two wills

The snowball effect of a good project