This quote from The Pragmatic Programmer is the intro for this issue and a piece of food for thought. No further ado, let's jump right in.

I have to start by saying that it is a really really enjoyable read. And a tight pack of valuable knowledge. If you plan on picking up a somewhat technical book this month, make sure to consider this. The book is organized in short, self-contained chapters (adhering to the orthogonality principle).

Being published almost two decades ago, there are some ideas there that we now take for granted (like using a version control system), but that's only because Andy Hunt and Dave Thomas were way ahead of their times.

I'm saying that it is a somewhat technical book because it does not talk about the quirks of some language or some architectural pattern, but rater about a mindset. It talks about the programmer more than it talks about the machine, while translating programming experience and knowledge into a discrete set of tips.

Not one, but two book recommendations from the previous month. Off to a great start, right? Ioana sent me a link from the book's page on Penguin. What caught my eye and what terrifies me is this: "a minimally viable product can be destructive if you launch at the wrong moment".

Rand Fishkin promises to deliver "the mostly awful, sometimes awesome truth about startup culture with the transparency and humour that his hundreds of thousands of blog readers have come to love". And he's writing from the position of the founder of a $45 million a year business.

A tensor is a mathematical object that has an array of components and a rank. It is often thought of as a generalization of a vector. A rank-0 tensor is a scalar, rank-1 is a vector, rank-2 is a matrix and so on.

The famous machine learning library from Google is no longer tied to Python. This article/library recommendation comes from Darius.

Trying to build a great product and finding out that no one is using it is as painful as it gets. This article from Adrian tackles the issue of getting form zero to one.

Great storytellers “know” that connecting the audience with the main character, is core to the movie viewing experience. If we don’t empathise with the hero or her situation, we don’t care what she does or achieves.

This is the gap many early stage entrepreneurs underestimate — Getting users to connect and believe in the product is as important as the core value of the product itself.

We want to hear your favorite reads and ideas too, so get in touch with us!

How to Write Your CV When Applying for An Internship Position 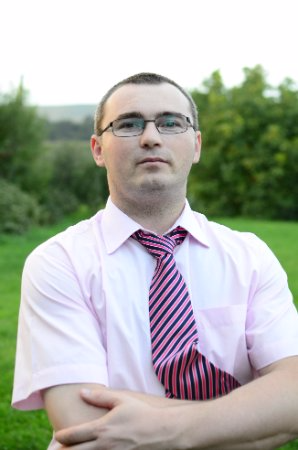 How to properly navigate in React Native